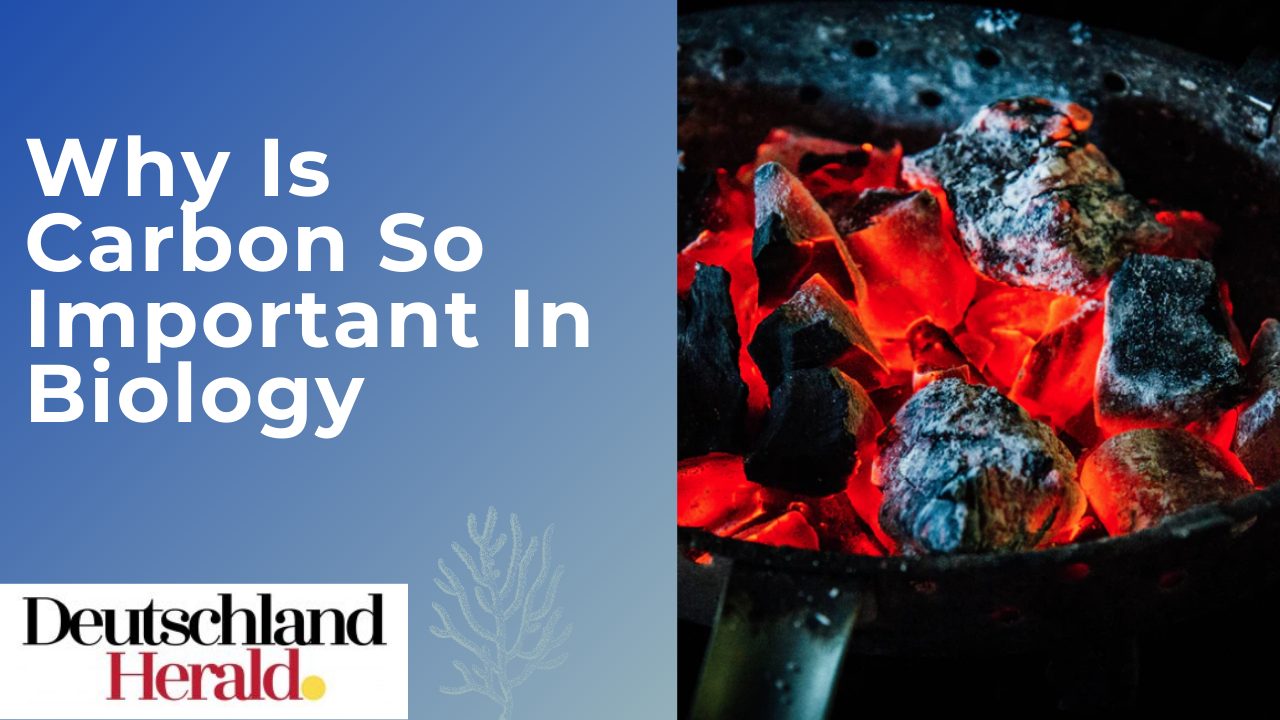 Carbon is the fundamental building block of life. Humans are made up of 20% Carbon; this is because of the nature of this element. It makes up very strong bonds that are hard to break. The structure of carbon is why it is the main constituent of fats, carbohydrates, and proteins in the human body, which are the main nutrients that keep us alive. Besides these structures, they make large macromolecules in our body that are long-chain in nature. It is vital in the processes of reproduction, growth, and healing.

Let’s look at the question “Why Is Carbon So Important In Biology?” in more depth and how its manipulation by humans has put all life at risk on earth.

The Fundamentals of Carbon Carbon is an element that is abundant in nature. Without carbon, the life we see on earth will cease to exist as we know it. The element is the 4th most abundant on earth, and there is a carbon cycle in place which recycles it; in easy words, when organisms die, the carbon is recycled from their body back to the cycle on earth.

Carbon has 4 valence electrons in its outer shell. It means that it forms strong covalent bonds with other molecules. The size of a carbon atom is small thus, the nucleus attracts the shared pair of electrons between carbon and other elements making a carbon bond very loving and doesn’t let go easily.

The carbon from the earth and the atmosphere are linked together. They interchange with each other, and thus its ratio is not destabilized on earth and remains constant. There are 4 steps involved in its cycle, in which the element moves through many places and doesn’t stay static. It is part of the process of respiration, decomposition, the food cycle, etc.

This part is very important to understand to get your answer to the question “Why Is Carbon So Important In Biology?”. A compound with the element carbon in it is known as an organic compound. There are 4 main organic compounds in an organism, which are Carbohydrates, Lipids, Proteins, and Nucleic Acids. Without these, most of the organisms on earth wouldn’t exist as they make up their body structures, they are part of their food chain, part of their hereditary material, and without it, the process of reproduction would not take place.

Why is CO2 essential in life?

Carbon is found in all living things and organisms. There would have been no existence of life on Earth without carbon. The main reason is that the element quickly forms bonds with the other atoms. As a result, there is more flexibility in the function and shape of DNA and RNA and in the formation of biomolecules. These two nucleic acids are the main two traits of life among living organisms. Life and growth, and replication all depend upon these two acids.

For plants, it is a basic necessity to live and survive. Plants consume CO2, energy, and water to make oxygen gas that they further release into the air. If there were no carbon for plants to survive, then there would not have any way to make oxygen for humans. You need to know these facts to better understand the importance of carbon in biology.

Importance of Carbon In Biology Hopefully, now your base will be built about what carbon is. You will be able to grasp “why carbon is so important in biology?” We have already come across why humans or other organisms can’t exist without this element. The elements that we use in daily life are also based on this element. As for life, it only exists because of this very element.

The human body is said to be mostly water, but if we take out water from our body, then we are mostly made up of organic compounds, and carbon is the main element of an organic compound. This tells us why life or biology sees carbon as an important element. The food you eat, the nutrients you take in, the muscles you have, the fats that keep you warm, and above all, the biological traits will not be possible without this element.

Our body undergoes the process of respiration ion, in which we take out the carbon dioxide from our body, which is an organic gas, and it can cause death in humans after a certain threshold is reached. CO2 is not useful to us, but plants require it to make food. They take in the CO2 and then utilize it in the process of photosynthesis. An important process without which life on earth will not exist as it is the epicenter of all food chains you see in the world. Why carbon is so important in biology has been answered, but without the inorganic compounds, life wouldn’t be possible as we see; let’s understand it.

Catalysts, pigments, coatings, surfactants, drugs, oils, and other inorganic materials are used for various purposes. They have high melting points and strong electrical conductivity, making them suitable for different functions. Inorganic compounds play an essential role in the body, performing a variety of roles. Water (H2O),  oxygen (O2), carbon dioxide (CO2), acids, bases, and salts are the most common inorganic compounds. Water makes up 60–75% of the human body, and the organic compounds we discussed earlier are split or formed with the help of water through condensation for the latter and hydrolysis for the former. Since the late 19th century, humans got to known that electricity can be produced using fossil fuels. Fossil fuels are organic compounds, which upon burning, release heat that is used to make electricity. The burning releases the element, which is released as carbon dioxide in the atmosphere. This results in the increase of this element on earth. This is not good for the earth as an increase in it disbalances the natural ratio of the element on earth. It has caused serious issues like global warming, which can make many organisms, including humans, go extinct. This can make the water acidic from the oceans till the rain kills many valuable organisms. This makes the soil redundant for farming.

We need regulation of humans interfering in the natural carbon cycle, or we will see the famous movie “2012” come to reality right in front of our very own eyes. The element is found in the sun and the stars. There has been a recent discovery that can help us trace the origin of stars and the planets of the solar system with the help of carbon.

In space, the element is found in large molecules called PAHs. A theory circulated about them moving in space, but it was not confirmed for very long. Now a team from MIT has found two PAHs in space. Scientists first believed that just like carbon is formed on earth after the burning of organic compounds at high temperatures. These PAHs are also produced at high temperatures. Such high temperatures can be the reason for the origination of the stars and planets.

But this recent discovery suggests that the PAHs can be formed at lower temperatures. It can not be assumed to be the point of origination of the planets and stars. The new hypothesis states that the planets of stars are still created with the help of these large clusters of carbon. It does not happen because of the high temperature but their ability to bond with other elements. This is the reason why they are reacting to form the PAHs.

In the 1980s, the presence of this element was seen using infrared telescopes. It was not very clear; it was thought to have one or more carbon rings in a molecule. 25% of this element in space was found in PAHs.

Carbon is important in forming planets, so the possibility that PAHs could exist even in starless, cold regions of space. This can cause scientists to reconsider their hypotheses on what chemicals are available during planet creation. PAHs can start to form interstellar dust grains. These are the seeds of asteroids and planets when they react with other molecules.