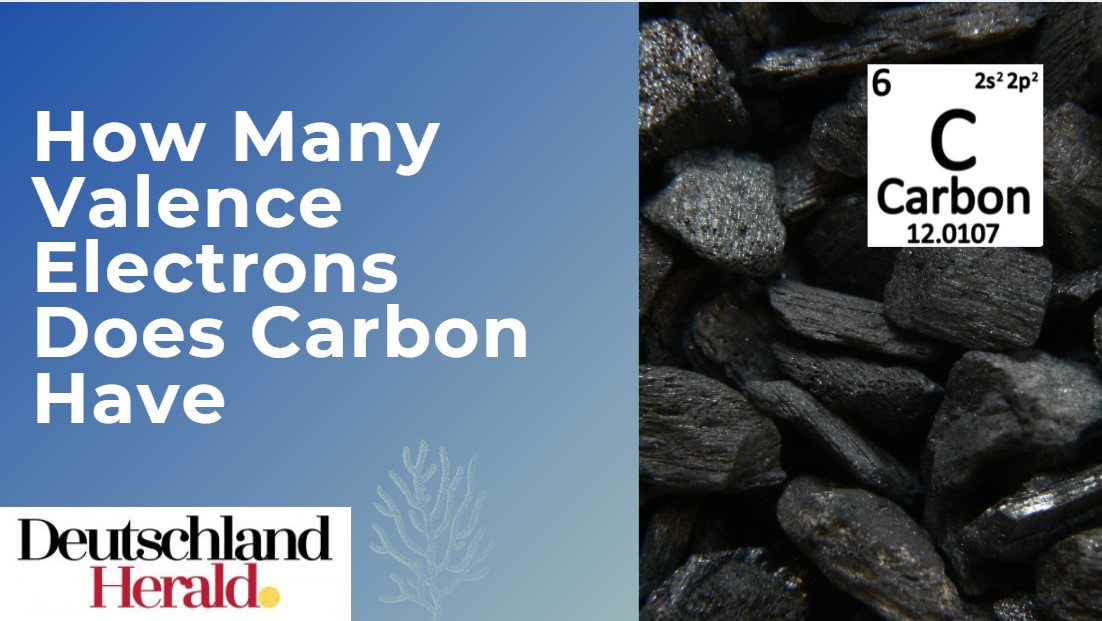 It is one of the common questions in basic chemistry – its importance increases, and it is studied in more depth as your interest in Chemistry increases, or you take it as a major. The answer to the question that How many valance electrons does carbon have? is four.

The Electronic Configuration of Carbon

There are many energy levels around the nucleus of an atom and they are attracted by a strong electrostatic force towards the center where the nucleus is situated. The number of electrons in these energy levels and their arrangement is known as electronic configuration. The above diagram also has a snippet from the periodic table of the element carbon, and it shows the proton number (6); one can easily derive the total number of electrons in an atom from that.

Similar Reads: Explained: How Many Valence Electrons Does Calcium Have?

The valency of carbon is 4 as stated earlier carbon in the second energy level can still have room for a total of 8 electrons but it has only 4 electrons. By attaining the other 4 electrons it will then satisfy the octet rule and its valence shell electrons will be like a noble gas, the most stable elements on the periodic table and the aim of every element is to go and attain this electronic configuration.

How many valence electrons does carbon have?’ was the main focus but the answer to it is 4 is a mystery that will be answered below.

Nature has made carbon such that it has 4 valence electrons making it attain certain properties that make it unstable, but it also makes stability for it very easy through sharing.

Always remember that Carbon is a tetravalent in nature, which means the ionic bond formation is out of the question, and it can not lose the 4 valence electrons but share it with another element or another carbon. In ionic bonds, you can either gain or lose electrons from the outer shell to obtain the noble gas configuration but in the case of a covalent bond, the sharing of electrons occurs between the outer shells of two or more elements.

After attaining the noble gas configuration, the carbon atom will now have 8 electrons in the outer shell, and it will now be completed. An example of this is below.

After this, the electronic configuration of carbon would be 1s2 2s2 2p6 and will be more stable and not erratic like a single carbon atom.

You need to clearly define what we mean by valance electrons and how many do carbon have.

What is the valance electron?

It is the electron in the outermost shell of an element.

How many total electrons in Carbon?

There are 6 electrons in carbon.

How many shells does Carbon have?

How many electrons in the first shell of carbon?

How many electrons in the second shell of carbon?

It is the total number of electrons an atom can lose, gain or share at time to get the stable gas configuration of a noble gas.