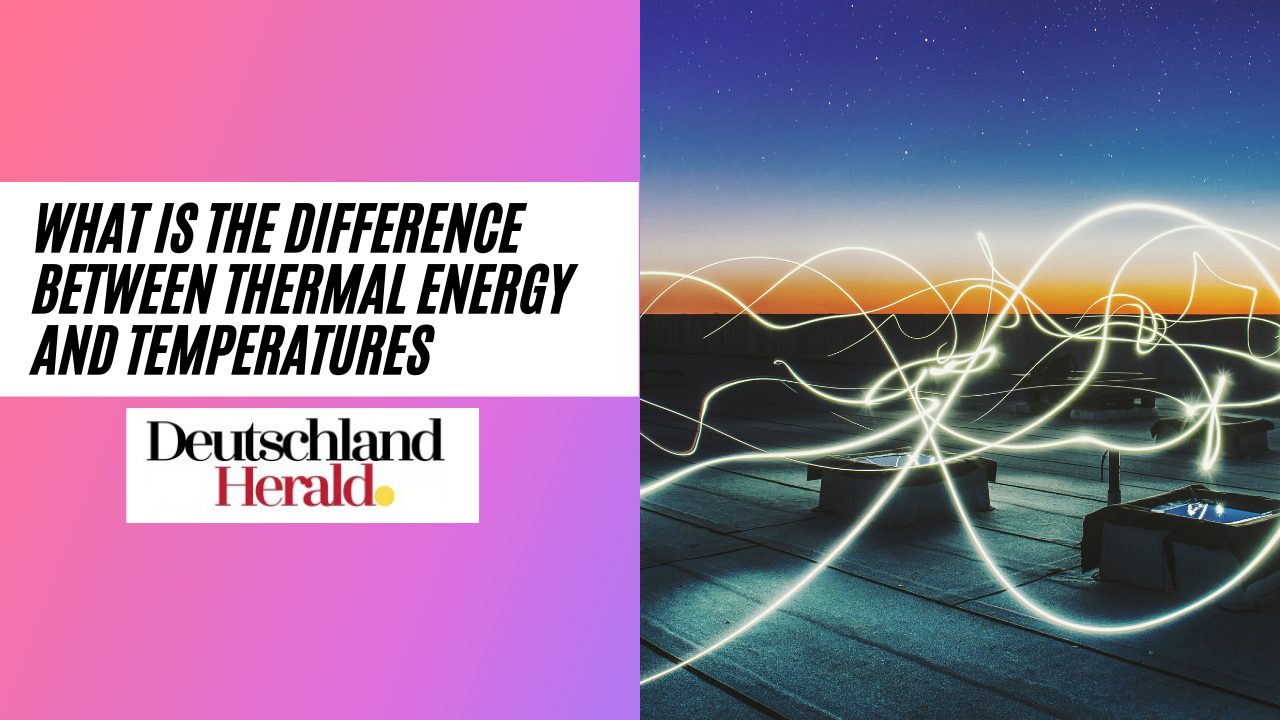 Comparison table of the difference between heat and temperature Temperature is a physical property which means it is measurable. The molecules make up everything in this universe, and the things around you are made up of them. The kinetic energy of these molecules determines the temperature of the body, whether it is cold or hot. Kinetic energy means the molecules are in constant motion, and these create energy.

How is temperature different from Heat?

Temperature, as said earlier, can be measurable, and it has a SI unit. The temperature has 3 SI units, Kelvin, Celcius, and Fahrenheit.

Always remember that there are two types of the body on the surface, cool and warm. The cool body is always on the lookout for heat, and the warm body wants to get rid of the excess heat. Whenever two bodies come together, the exchange of heat takes place, and it is transferred from the hot body to the cold body till equilibrium is established between them.

Temperature, as stated earlier, has a link with kinetic energy. Kinetic energy, in easy words, is the energy that is created by the movement of the particles in a body. As the particles move with more speed, they produce more heat. It is transferred from one erratic molecule to another calm molecule, and so on. Like the temperature of the body increases, till all molecules are at one state, and when this object or body comes into contact with a cold body. It transfers this excess of energy to the other body, and its molecules are then in erratic motion and increasing the average kinetic energy of the molecules within that body.

Absolute zero temperature, which is -273.16° C, −459.67 °F, or zero Kelvin, is the temperature at which there is no kinetic movement of the molecules, and thus, there are no erratic molecules. To know about thermal energy, you must be aware of what a system is. A system is a space that is separated from other systems by a clear boundary. There is an energy called, thermal energy that is confined within these boundaries, and this energy is responsible for the temperature of that body or that system. We can also call the body a system. The thermal energy is measured in Joule and Calorie.

We spoke about kinetic energy earlier and how it is responsible for the increase or decrease of temperature here. You learn how thermal energy is the reason the temperature increases and looked at the total kinetic energy of the atoms in a body. It is observed that they are in constant motion, and the constant motion produces energy this energy is known as thermal energy, and it goes from one molecule to another molecule.

How is heat different from temperature?

As the kinetic energy increases, the thermal energy also increases; always remember they are directly proportional to each other. This increase in thermal energy is the reason that the temperature of the body increases.

Always remember that there are three ways via which a body transfers thermal energy, and they are called conduction, convection, and radiation.

Difference between Thermal Energy and Temperatures Learn more about science here, and don’t forget to give your valuable input on this article.