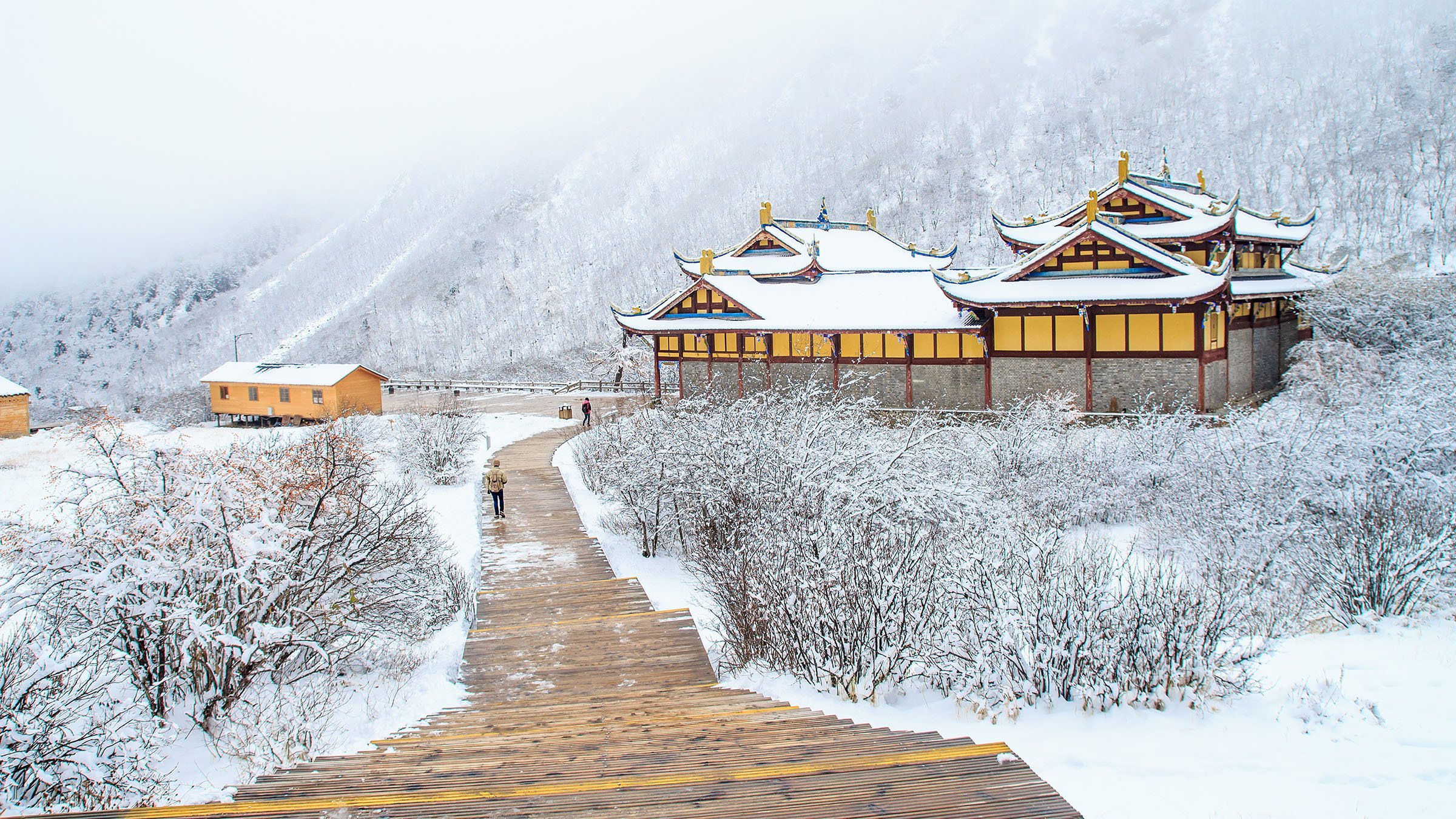 There are two ways to find cold countries. The first is to record the temperature of the country throughout the year. The second method is to see which country shows the coldest temperature ever recorded. The list that is present in this article is based on both of these records to give a clear idea to the readers.

An amazing fact about Russia is that every part of the country has a different climate and temperature. There are some parts that are not much colder, but the ones that have cold temperatures are enough to take your breath away. Siberia is the most popular place in Russia that stays cold throughout the year.

In 1933, a district in Russia, Oymyakon, recorded the lowest temperature of -67.7 °C. People living in the country have gotten more used to the temperature, and their schedules are made in terms of the weather conditions. Sometimes, when it is too cold, then the schools and offices get closed for some time.

The yearly temperature that Russia has in summers is 33 °F, and in winters, on average, it reaches -4 °F. Canada is known as one of the largest countries in the world, with 9.985 million km². There are some parts of the world where the temperature gets hot in summers. Some parts remain cold throughout the year.

Yukon is a territory in Canada where the country’s lowest temperature was recorded. In 1947, the record was -62.8 °C in the month of February. As the country has vast land, the average temperature on the East and West sides is in the 20s °C. In the areas that are present between the coasts, the temperature ranges from 25 to 30 °C. Greenland is an island country. The area mostly experiences all four seasons in one year. People have to prepare themselves for every season. In 1991, the highest temperature recorded at this location was -69.6 °C (-93.3 °F).

From September till January, the country shows a cold temperature. 80% of the area of this island is covered completely with ice. This ice is approximately 4 kilometers thick. As it comes as a part of Denmark, a lot of people do not consider it a country. Greenland is also not present in a lot of lists that show the coldest countries in the world. Mongolia is located in the middle of Russia and China. The country is full of plateaus and mountains. It is also referred to as the highest country in the world, with an elevation of 5,180 feet. A small village in Mongolia, Zuungobi, has the lowest temperature at -55.6 degrees Celsius. The village has a very small population, and most of the land is desert.

In 1954, Montana experienced the coldest temperature of -69.7 °F. All the cold areas in the US are located in the lower states. Forty-eight states are known as the areas having cold weather throughout the year. The average temperature of the US, excluding Alaska and Hawaii, is 52.7 °F (11.5 °C). Norway is referred to as one of the coldest countries in the world. It is a Scandinavian country that is full of coastal fjords, glaciers, and mountains. The summers in the country are rainy and wet. The winters are very snowy and freezing. In 1999, the coldest temperature recorded in Finnmark was -51.2 °C. Throughout the year, the weather remains cloudy, with the average temperature year from 9 °F to 79 °F. It is one of the coldest countries in Europe. Kyrgyzstan is a country where the cold temperature is very harsh. It makes it very difficult to live, especially during the season of snow. Every year, the temperature of mountain valleys gets too low. The record shows that these valleys have experienced -53.6 °C one time with the windy season. The average temperature of the country in the winters is mostly 3 °C. Due to the weather conditions, it is one of the world’s least populated countries. As for the locals, they are used to the weather and depict a rich culture with some of the oldest architects of history. Iceland is the perfect place for tourism as it is cold, but in the summers, it has the perfect weather for the tourists to have a fantastic time. It is a cold country as the coldest temperature ever recorded in it was -39.7 °C. The lowest temperature that has been ever recorded in Iceland is -39.7 °C. Average weather in the country throughout the year ranges from 33-35 F during the winters. In summer average recorded temperature is 54 °F (12 °C). Iceland is very popular for having scenery and attractive landscapes. The movie, Interstellar was also shot in Iceland, where the area was shown as different planets. This cold country also holds the natural attractions of glaciers, volcanoes, Blue Lagoon, waterfalls, and Northern Lights. Finland is also a part of Scandinavia, sharing the borders with Russia, Sweden, and Norway. All of these countries come under the list of the world’s coldest countries. In 1999, the lowest temperature ever recorded was -51.5 °C. There are some areas in Finland that remain cold throughout the year, and some show mild climates. In the Southwestern part of Finald, the weather reaches 5.0 to 7.5 °C. In the Northeastern parts, the average weather recorded ranges from -4 °C. Snow and Southern Lights are something that gives the best sight to the people and especially the tourists who travel to experience the weather. 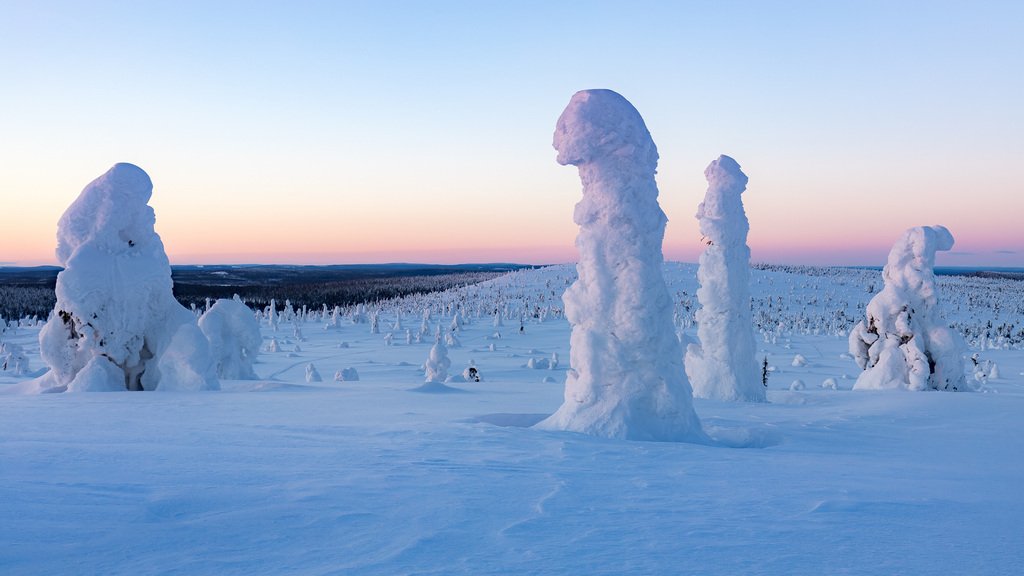 Geographically, Estonia is a small country that shares its borders with Russia. It is similar to Finland, where some parts get way too cold, and some parts experience the hottest climate. Till now, the coldest temperature ever recorded in Estonia is -43.5 °C (-46 °F). In terms of the average weather throughout the year, the temperature ranges close to 6.4 °C. In comparison to all the other cold countries, Estonia is a very snowy country. The season of snow starts in October and ends by the end of March.

As it has more fluffy snow instead of the frozen layers of sheets, so more tourists prefer visiting it to experience skiing, sleights, and snowboards. 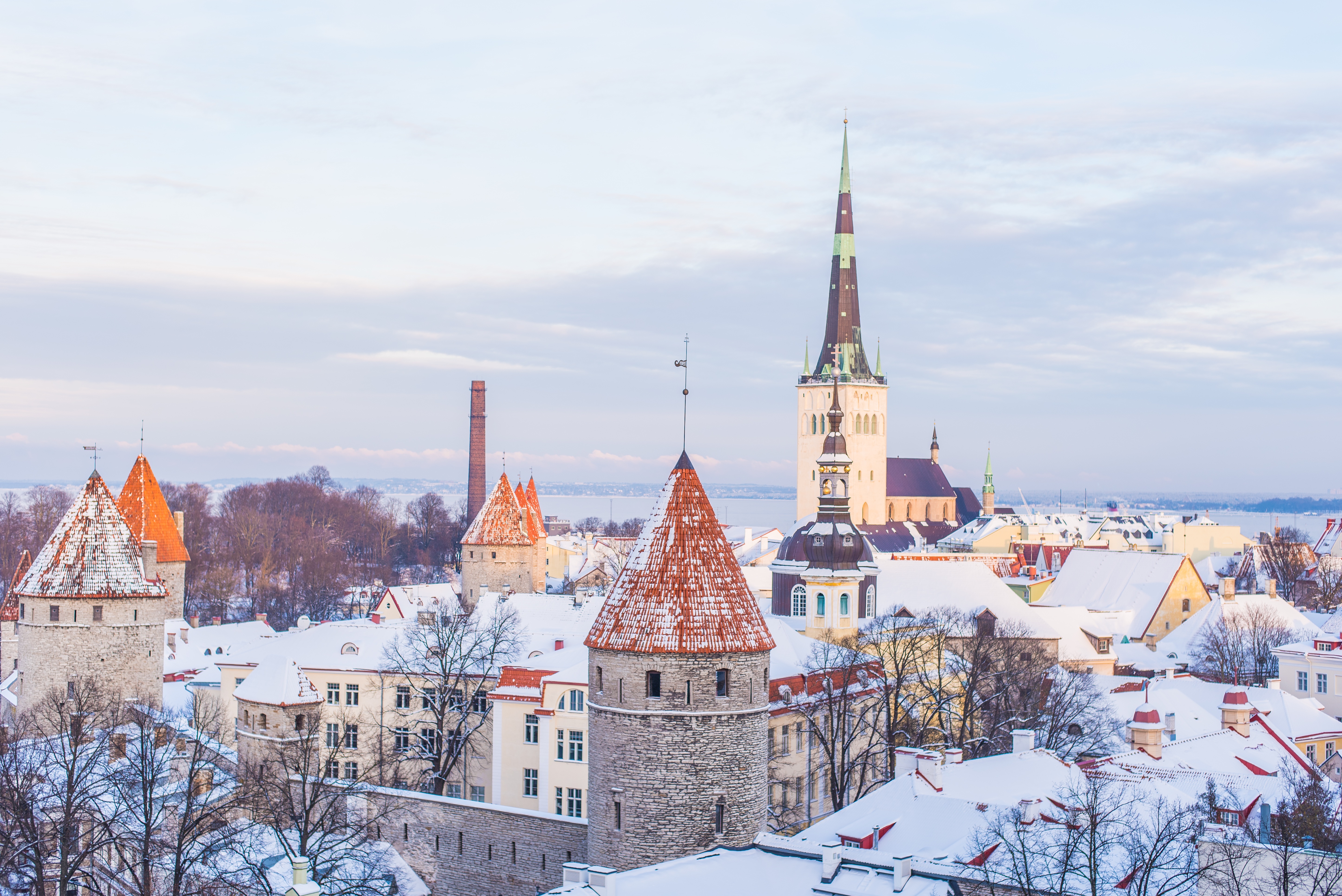 Sweden is full of natural experiences. From snow-carpeted landscapes, rivers, and frozen lakes to some dense forests, Sweden has it all. Coldest recorded temperature in Sweden was in 1966 in Lapland, when it dropped down to -52.6 °C. On average, the temperature mostly stays 21 °C in the summers and further drops to -1 °C in winters. The country understands that it is a cold country and offers ski resorts, skiing, and a lot of winter activities to its people. 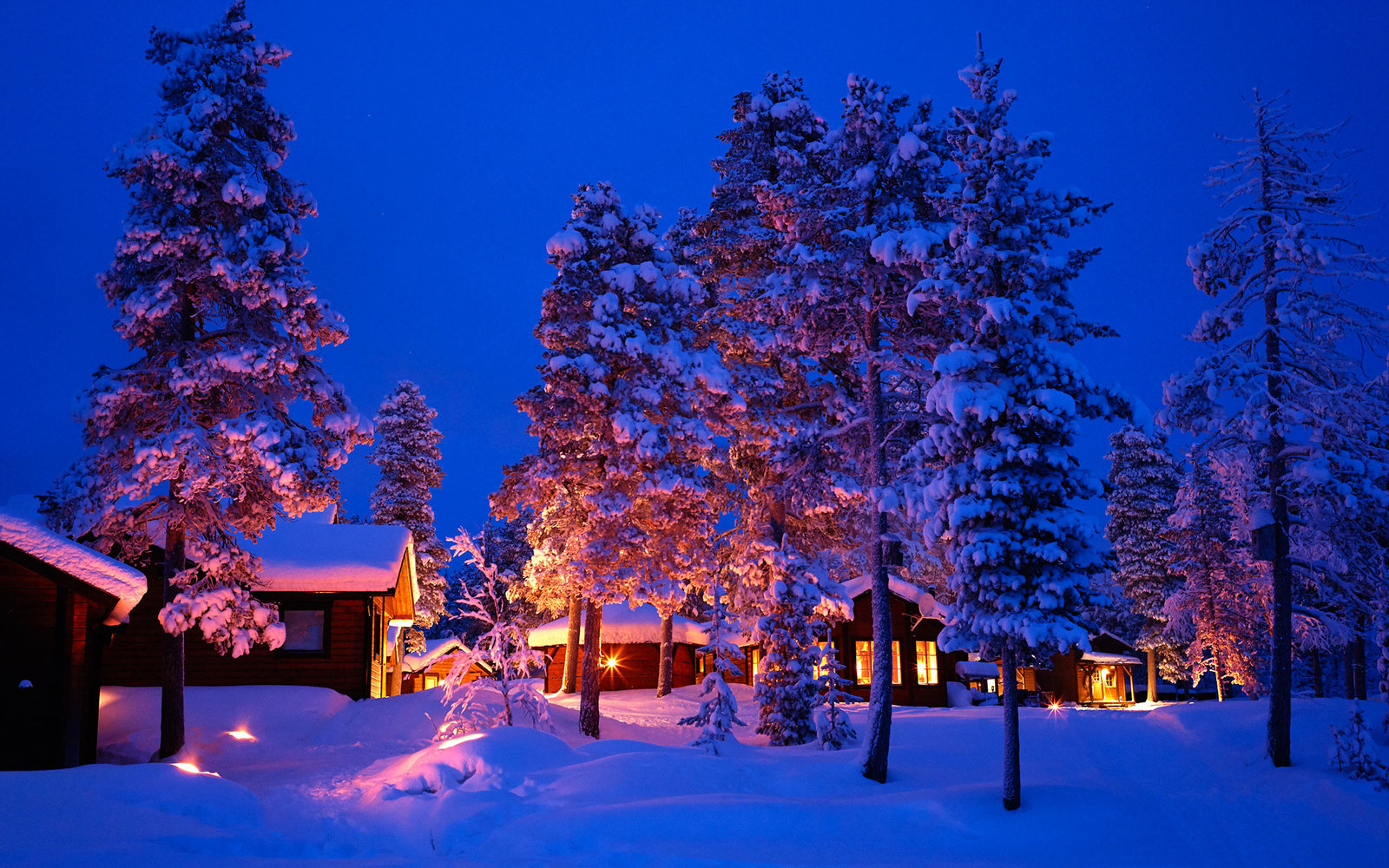 Denmark is a cold country, but it is not in the top spot as it is a little warm because of nearby locations and oceans. The yearly average temperature ranges from 6 °C to 10 °C. The average is also dropping down in the country with every passing year. In lowest temperature recorded was in 1971, when the weather dropped down to -2.9 °C.

A lot of people treat it as a tourist place. Locals and tourists are yearly seen playing and enjoying the ice skating gardens. The days are short, so the people also get to enjoy the nightlife. Somedays in December, the sun sets at 3:00 in the afternoon. 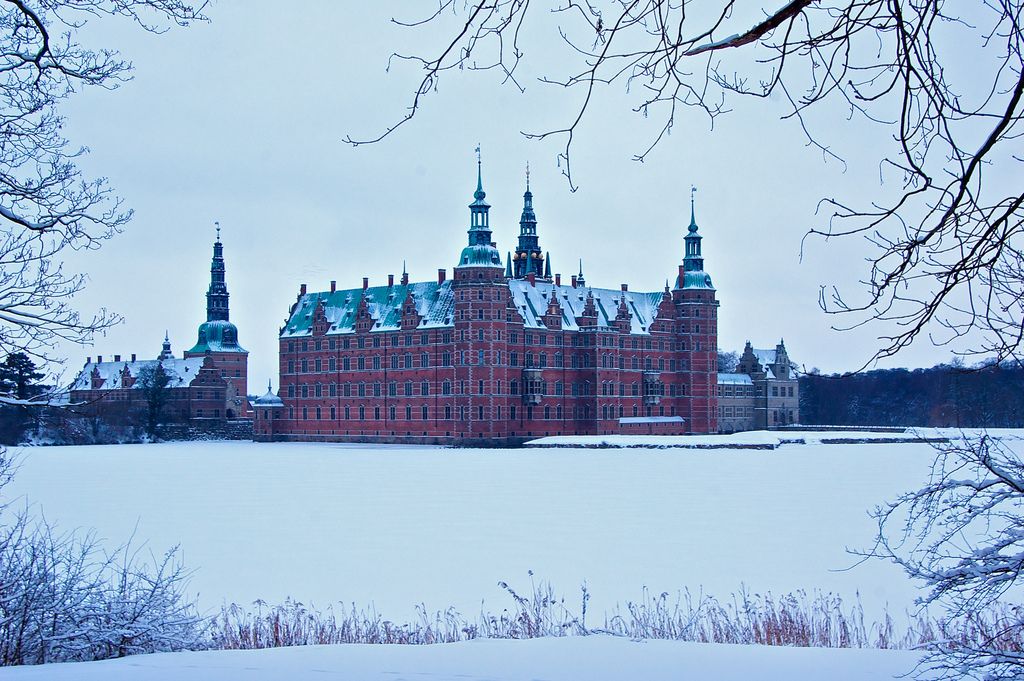 In Austria, January and February are the coldest months of the year. Austria and Switzerland both are twin countries, but Austria is colder. The reason is that this country is located near the Rusian plains and has a great distance from the Atlantic Ocean as compared to Switzerland. Summer time experiences thunderstorms and the winter season is more snow. Near the mountains, the average yearly temperature stays at 21.1 °C. In 1932, the coldest recorded weather was at -52.6 °C in Grunlochdoline.

Switzerland is a beautiful cold country that has amazing weather throughout the year. La Brevine is a municipality in Switzerland that is also known as the Siberia of the country because of the cold weather. In 1987, the recorded temperature was -41.8 °C.

Throughout the year, the country experiences moderate weather. From January to February, the temperature stays between -2 °C to 7 °C. From July to August, it reaches from 18 °C to 28 °C. July experiences the hottest climate, whereas January is the coldest. In July, the country faces a lot of rainfalls, while March is the windiest month.

Latvia is a country on the Baltic Sea that is situated between Estonia and Lithuania. There is heavy snowfall during the months of December and March. It has amazing beaches that give a perfect vibe to the location. Every year the average temperature that the country has from February to March is 1 °C. In July, it increases to 17.5 °C.

In Stalgene, the lowest temperature that the country has ever experienced was recorded to be -30.8 °C. Over the last five years, the overall temperature has been increasing. 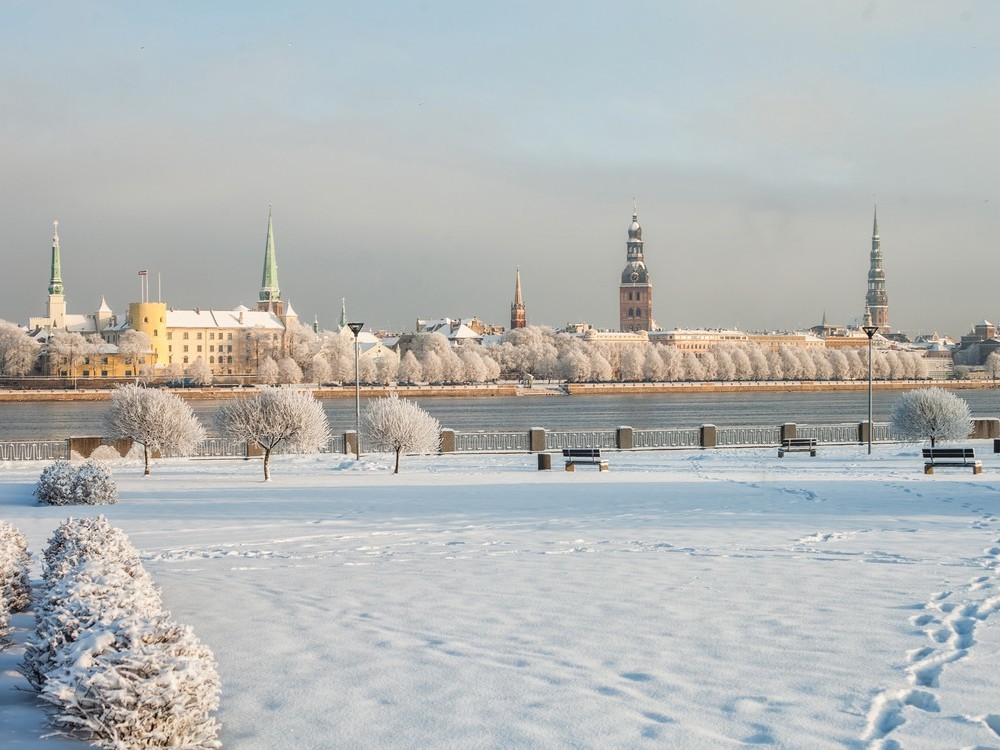 The world’s temperature is increasing every day. Since 1880, every passing decade, the temperature has increased by 0.14°C. As per the weather conditions, Earth will be experiencing extremely hot weather by 2030. The once-per-century heat waves will start to emerge every year. 92% of countries will face this extremely hot weather which will have some major consequences.

Global warming is increasing, and from 2030 to 2052, it will reach 1.5°C. The article shows that Russia is the coldest country in the world, but it is also facing the warming temperature really fast. The average temperature in the Arctic is increasing at a double rate as compared to the world’s temperature average.

A quick look at the world’s coldest countries

The overall temperature of the countries is rising because of the change in the world’s atmosphere. This is the reason that most of the lowest recorded temperatures in the world are from decades ago. Cold weather is something that not every person can tolerate. Russia is the coldest country in the world, facing significant casualties, which the local people are always prepared for. These countries are perfect for tourism where tourists can enjoy all the snow activities.