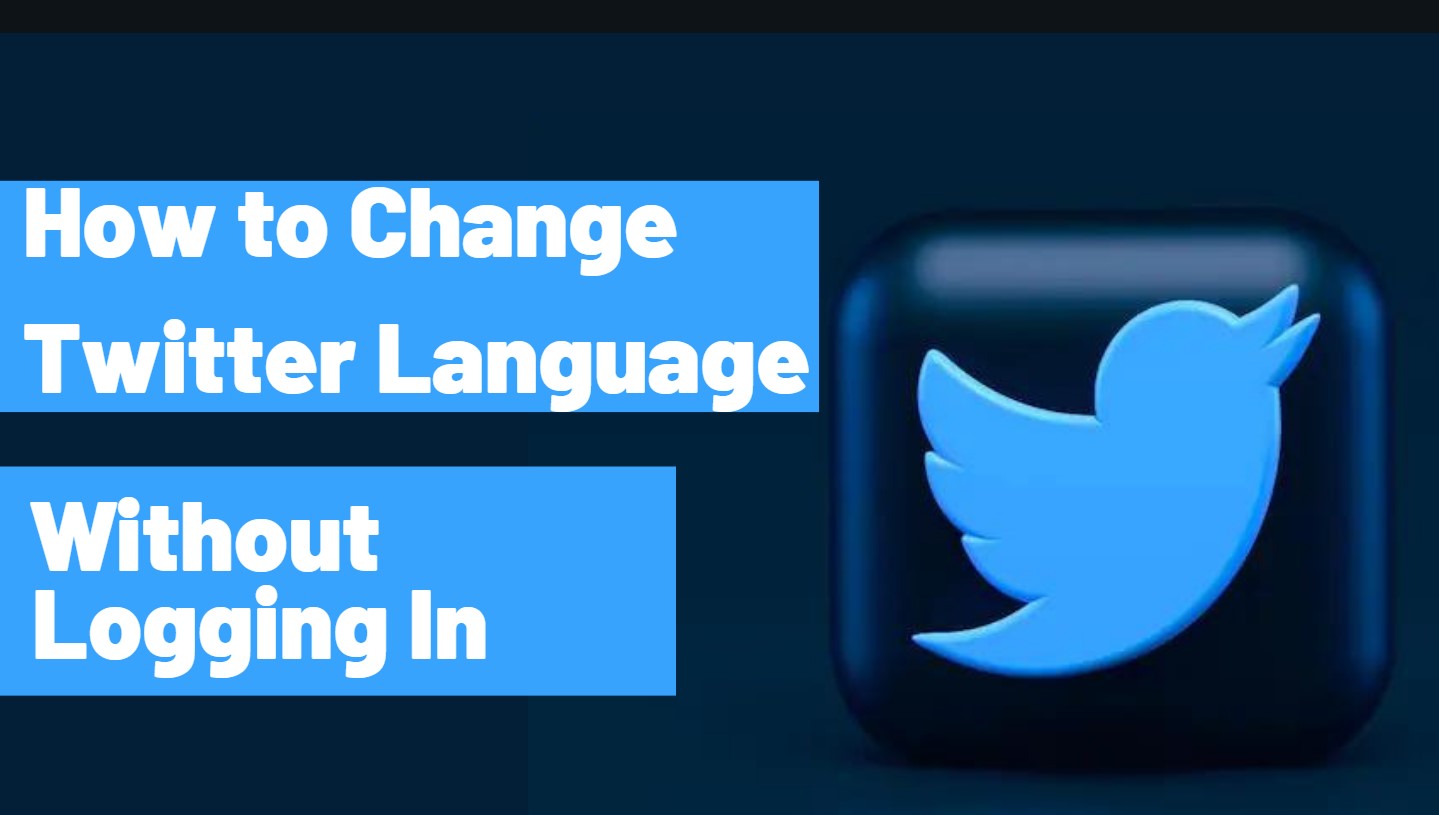 Are you also one of those Twitter addicts who were using Twitter peacefully and were interrupted by a random change in language? And now, since, you do not have an account you are searching how you can change Twitter language without logging in. Am I right? Hah, gotcha! Do not worry because we have the solution you are looking for to change the Twitter language without logging in.

Twitter is one of the biggest and most active social networking services with over 2400 tweets per day. A lot of celebrities, politicians, and influencers use Twitter as a means of interface. Moreover, It is easy to find out what is going on in the world and updated news on Twitter. A lot of users, in fact, use it so that they can be updated about the world constantly and frequently. We call such people spectators; these people can use Twitter without having the need to log in.

Although it is not very hard to sign up for Twitter and easily change the language, I respect your choice to keep using Twitter without an account. Sadly, if you are using the application twitter, you would not be able to change the language without signing in no matter what. You can only change it if you are using it on a browser whether it’s on pc or mobile, doesn’t matter as long as it is opened in a browser. There are two methods by which you can change your Twitter language. In order to change the Twitter language without logging in, you will first need to go through these methods.

The easiest and quickest way to change your Twitter language without making an account and logging in is to edit the URL just a little. This is a 100% working solution and will take no time at all to change the language. Follow the steps given below to edit your URL in order to change your language to whatever you wish for.

This is a tried method and hence, will definitely change your language to whatever you wish to change it to.

This is another method to change the language, however, this way may not be as efficient as the one mentioned before. This only works for users in certain countries/regions and may not work for you if you are in a country for which Twitter has fixed one language. Though, this still works for many people in different countries. So, if the previous one did not work for you, you can always try this method.